Etna’s Native Grapes: Carricante & Nerello Mascalese – on and off Etna

Slowfood Catania organised an interesting event during Vini Milo, dedicated to two of Etna’s native grapes: the white Carricante and the black Nerello Mascalese, these grapes grown on Etna produce complex wines that age well, but what happens when they are transplanted to elsewhere in Sicily? 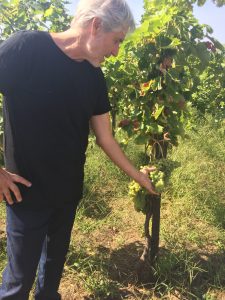 Oenologist Salvo Foti, owner of the I Vigneri winery, has been studying Etna for many years, not only the territory but also in its scientific capacity. Etna is challenging territory, and in the past, difficulties arose if the indigenous vines were shifted from the volcano. Farmers over the centuries have had to adapt to the mountain’s soil and climate, not only for viticulture but also for the types of vegetables grown and possibly also the animals they kept. Adaptation to this territory was essential to survival.

Sicily is a region known more for its black grape wines. White grapes historically were used for dessert wines, Catarratto for Marsala and Zibbibo (Muscat of Alexandria) for Passito. Carricante however can become a table wine, similar to other white grapes on the Italian peninsula. If the grapes are treated properly during the wine making process, they have great capacity to express their terroir, which depends both on altitude and on which of Etna’s slopes the vineyard is located.

(Deliberately not registered as an Etna DOC)

Aged for a few months in stainless steel

⇒ The name Aurora has a little story that I would like to share with you: it is the name of the Contrada where the wine maker lives but it is also the name of an endangered species of butterfly from the area, the same as is on the label. 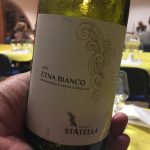 ⇒ Calogero Statella, oenologist and producer of this wine explained how it was once commonly thought that Carricante was ‘babbo’ meaning stupid, now that it has been understood it certainly has lost this reputation due to its high acidity and ability to age. 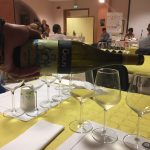 Chiaramonte, Ragusa – although not as distinct as on Etna, has a good thermal excursion

Aged for 10 months in barrique or tonneau

⇒  The Chiaramonte area is known for its red wines, Frappato and Nero d’Avola, Gulfi wanted to add a white wine to its portfolio. They started with Chardonnay and then in 2000 decided to start producing Carricante to blend with it. The results were pleasing and so many of the Chardonnay vines were re-grafted with Carricante.

Chiaramonte’s soils are of marine origin, very different to those of Etna, however the results are considerable. 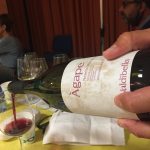 Aged for 8 months in stainless-steel tanks.

⇒   The yeast used for the fermentation is a culture created by the oenologist from the natural yeast found on the grape skins. 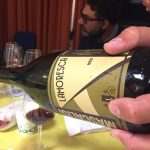 San Michele di Ganzaria (in the province of Catania)

⇒    The first bottles of wine by this producer were fermented on Mount Etna at the winery of well-known Belgian Etna wine maker Frank Cornelissen. 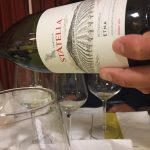 Traditional red winemaking punching down technique. Maceration with the skins for 10-15 days. The wine matures in French oak tonneau of second and third use for 10 months.

⇒ Calogero Statella is the oenologist for the Tenuta delle Terre Nere since 2008. In 2016 he and his wife purchased a vineyard on Mount Etna in contrada Pettinociarelle. The area was historically very famous for wine. Today the couple’s vineyard is one of very few still productive. After the second World War many farmers had to abandon these vineyards as vines were planted in other areas that ensured higher production. 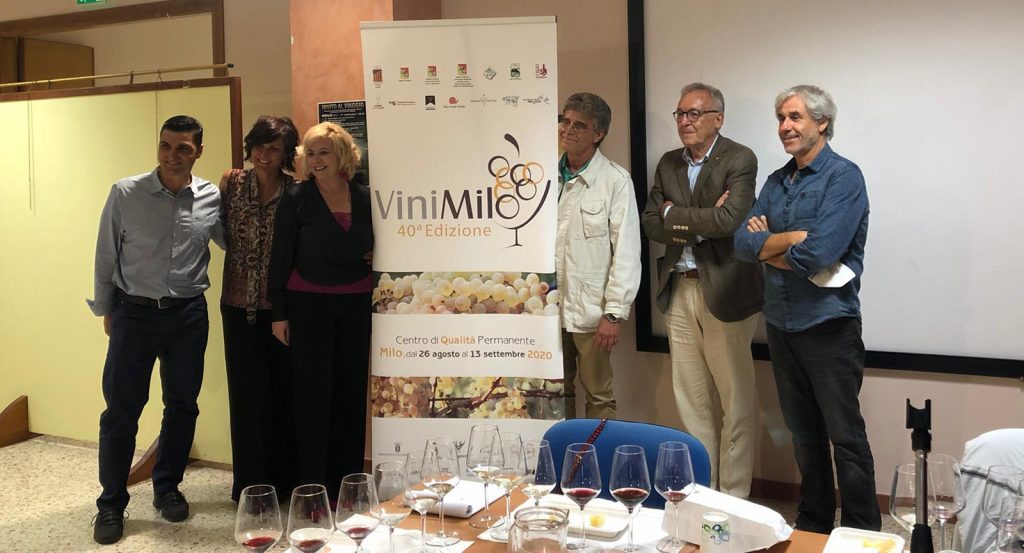